BIKE HAS THE RIDE STUFF TO SUCCEED 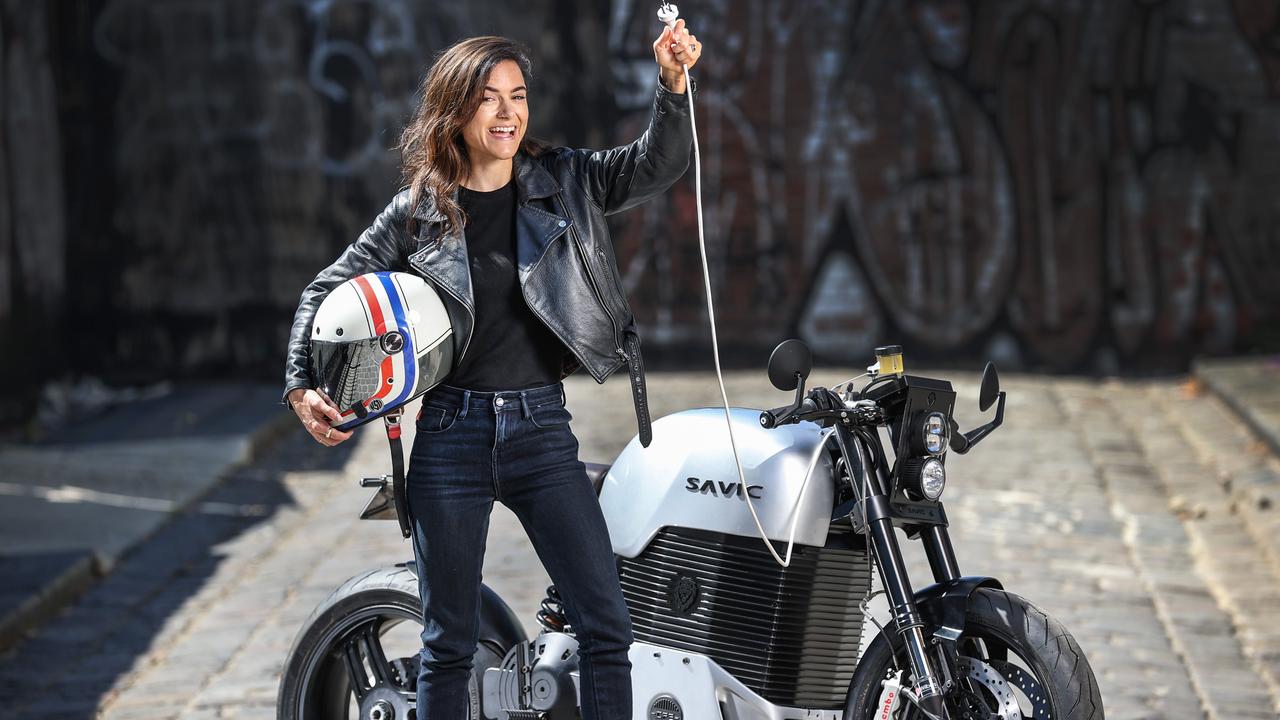 A FORMER Ford Broad­ meadows engineer is on the cusp of delivering the first production motor vehicle in Victoria since the closure of the Toyota plant in Altona in 2017.

Dennis Savic, 29, is set to launch Australia’s first high performance electric motor­cycle, designed and built from the ground up in a West Melbourne workshop.

market is perfect, and we fit in a really nice gap in the ­market.’’

The company is forging on after a $1.83m capital raising program, which included contributions from the state government and $657,000 from the federal government’s ­Advanced Manufacturing Growth Centre. The delivery of the bikes will be the realisation of a childhood dream for Mr Savic.

“I’d actually decided when I was 14 that I wanted to build an automotive business and that’s what led me to study engineer- ing. I was in a metalwork class, the teacher said right now you can do whatever project you want. I thought this is awesome, I’ve got access to a ­welder, I can build a motor- bike,” he said.

“The teacher laughed at me and said, ‘no, you can’t do that’. So then I built a little model of a motorbike out of frustration as a way to show him that I could. “And I’ve still got the model, it’s on my bedside table.’’

After leaving Ford and by the end of 2018, Mr Savic raised enough to launch his first bike and start the ball rolling, with more cash coming in.

He has since gathered a like-minded team including engineers, mechanics and ­designers.

Mr Savic describes the look of the bike design as “timeless’ or even “retro mod” that blends the classic and the ­futuristic.

“We wanted to design something that looked different to everything else and differentiate ourselves,” he said.

“I and our lead designer Dave (Hendroff), we have this really significant appreciation for timeless design and classical design.’’

Buyers have stumped up $2000 for a build slot and pre-order and most have stuck.

“Only a handful of people have asked for a refund. And it’s always been their own personal matters,” Mr Savic said.

Bike No.1 off the production line will be ridden by Neil Fewster, a beekeeper-­farmer from Western Australia.

“He was one of our earliest investors and, yeah, he’s been one of the most supportive and most passionate about the brand,” he said.

Mr Savic knows a few traditional motorcyclists will not be on board with the new, near-silent technology and radical design. “But we haven’t had a lot of resistance or backlash or negative press,” he said.

“We have had some proper diehard Harley riders walk past and say, ‘oh man, that’s sick’.’’

The lithium-ion battery powered bikes come in two models, the Delta priced at $19,990, and the Alpha at $26,990 – almost half the price of the Harley-Davidson ­Livewire.

Ross De Rango, head of ­energy and infrastructure at the Electric Vehicle Council, said he was pleased to see Australian start-ups embracing the transition to electric vehicles.

“Savic is doing great work in the motorcycle segment, and there are a range of businesses making similar strides in building electric bicycles, cargo ­vehicles, trucks and buses in Australia,” Mr De Rango said.

“Start-ups often move faster than large incumbents, ­especially when it comes to innovation, so it’s not at all surprising to see Savic hit the market with a competitive and sharply priced product ahead of some of the mainstream motorcycle manufacturers.”