SAVIC A SAVIOUR FOR LOCAL PRODUCTION 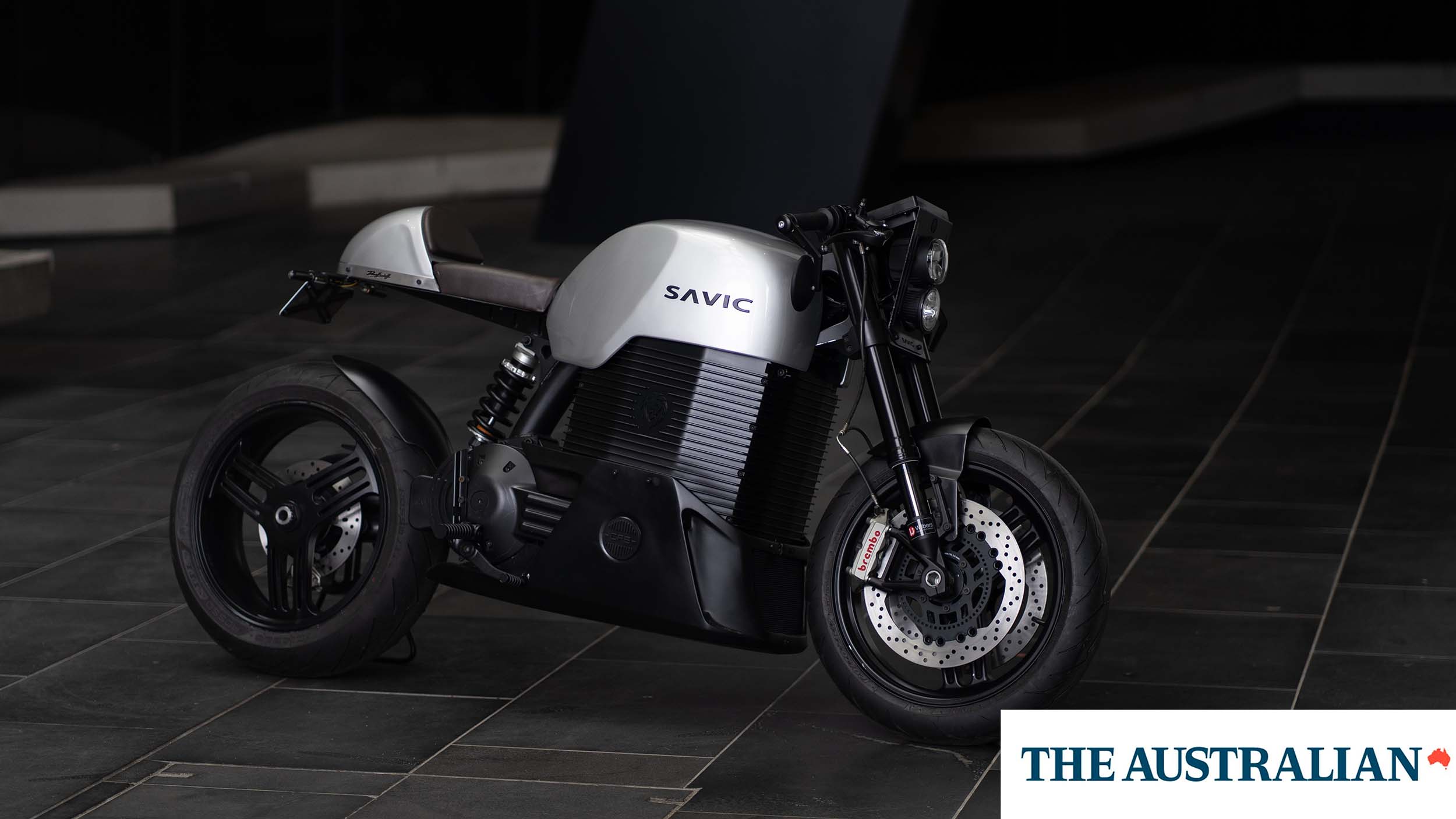 Australia's local vehicle-manufacturing industry might seem long dead and buried but as the world transitions to an electric powered future, there are unexpected flickers of life.

A factory in Melbourne is poised to resurrect the automotive industry in a way that few imagined, building vehicles with two fewer wheels.

That factory is the home of Savic Motorcycles - a small, but passionate and multi-award winning concern with a plan to revolutionise and disrupt the global two-wheeled EV industry with a suite of beautifully designed, high-performance electric motorcycles, engineered and assembled right here in Australia.

Creating an all-new bike powered by electricity is a huge mountain to climb - motorcyclists are particularly keen on their vehicles being noisy - but Dennis Savic and his team are well within sight of the summit.

The climb began well before 2016, the year Savic, a former Ford engineer, founded his company. His personal ascent began in 2007, when he was aged just 14.

"I'd dreamed of building my own electric vehicles since I was a child," he explained.

"I enrolled in university to do a mechanical engineering degree, and every decision I have made since that age has been aimed at reaching that goal." Savic has devoted his life to his eponymous machine - Australia's first electric motorcycle. He is determined to both make history and put Australian manufacturing back on the map.

Rather than just building one bike, his company is making a range of electric motorcycles to suit various needs, tastes, and abilities.

To that end, Savic has partnered with some true heavyweights in the motoring world, such as Bosch, Brembo, Wilburs Suspension, and Pirelli tyres.

The first bike to hit the road will be the Savic flagship model the C-Series, which will come in two iterations.

The top-of-the-range Alpha offers 60kW of power, and will hit 100km/h from a standing start in 3.5 seconds. Crucially, it also provides an estimated range of more than 200km.

The Delta version of the C-series provides 40kW, which makes it a second slower to 100km/h, and is a more urban-minded bike with a 150-plus kilometre range.

Both bikes can be charged to 80 per cent within four hours on a Level Two charger.

The first bikes will start being delivered to customers at the end of this year. Savic also expects to commission his first vehicle-assembly plant in Melbourne in 2023, which is where the first showroom will appear before the brand is rolled out to Savic dealerships across Australia.

The company is also close to launching a smaller and lesspowerful Learner Approved motorcycle, which will boast the same eye-catching design cues that grace the C-Series.

The company's lead designer, David Hendoff, has won two Australian Good Design Awards for his work on the C-Series.

Competitive pricing, always a bugbear with electric vehicles, is also a goal with the top-level CSeries Alpha at $26,990, and the Delta $19,990. The planned Learner Approved motorcycle will be cheaper again.

The vertical integration of the company allows Savic to offer his customers a bike that, on paper at least, is well ahead of its overseas competitors.

"Savic Motorcycles has developed one of the leanest and most adaptable product platforms in the game," he says.

"It allows our engineers to offer an infinitely tailored performance and user experience." Savic Motorcycles recently completed a $2m capital raising, which included contributions from the Victorian government and a co-investment of $657,000 from the federal government's Advanced Manufacturing Growth Centre (AMGC).