Savic just months away from tyres hitting the asphalt 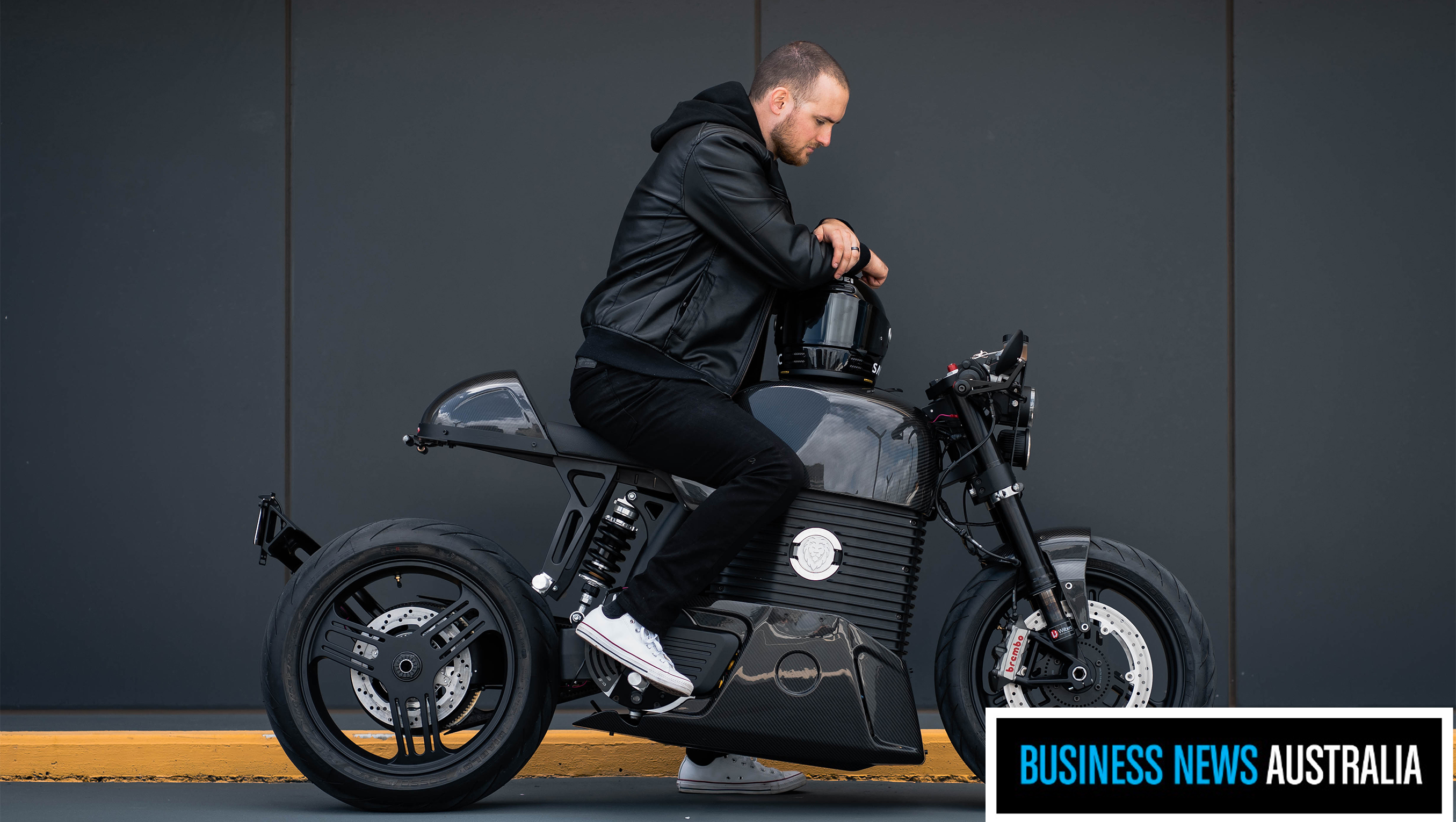 When the first Savic-branded motorbike rolls off the assembly line in a few months' time, one founder’s 16-year-long dream will be fulfilled.

Powered by electricity instead of gasoline, Dennis Savic’s motorcycles are poised to disrupt an industry long-dominated by the likes of Honda, Yamaha and Harley Davidson, and are tapping into a new customer base as a result.

Bearing the founder’s surname, the battery-powered motorcycles have already been pre-ordered by 200 keen Australians, eager to try out what the home-grown brand has to offer to rev heads and techies alike.

While the bikes’ parts are made overseas, the café racer-style vehicles are certainly Australian, designed here by Savic’s aesthetically inclined team and assembled at the company’s base in West Melbourne.

Though the ‘C-Series’ bike already exists in prototype form, used to sell the idea to interested buyers, a turning point will soon be met when the first road-worthy bikes are shipped to those who preordered them.

Dennis told Business News Australia the moment the first bike is finished would be a personal milestone, and the culmination of 16 years of dreaming for the 30 year-old founder.

“I first wanted to build a motorbike when I was 14, so it’s been a long time coming,” Dennis said.

His journey has taken him from studying engineering and an MBA in corporate finance to working at Ford, only leaving the auto-maker in 2020 once Savic raised its first round of capital.

Things have moved swiftly for the company since then. Savic’s relatively small team is now in the final stages of perfecting the motorbike, with their aims backed by an R&D loan with the Victorian Government, a Federal Advanced Manufacturing Growth Centre grant and capital from undisclosed investors.

Early adopters have the option of choosing between the Delta and the Alpha models of the C-Series, which are visually identical but have different ranges for their fully charged batteries.

Of the 200 pre-orders, Dennis told Business News Australia more customers were choosing to go with the Alpha bike, which can travel for 200km-plus on a full charge, compared to the 150km achievable on the Delta.

Alpha also hits 100km/h faster than Delta, but takes longer to charge than its cheaper counterpart.

“Our motorcycles come with an adapter that plugs straight into a wall outlet, or you charge at a faster rate on a Level 2 charger, which are popping up in a lot of new residential apartments, shopping centres, hotels and gyms.”

But they don’t come cheap. Boasting a state-of-the-art lithium ion battery, advanced suspension options and even a touchscreen panel that keeps riders alert to bike’s performance, a Savic will set one back by $19,990 for the Delta edition and $26,990 for the Alpha.

“Where we’ve priced the vehicle is in the premium market as far as all motorcycles are concerned,” the founder said.

“But as far as electric motorcycles are concerned, they’re on the more affordable end though.

“It’s definitely in that premium price bracket, but still reasonable for what customers are getting.”

As far as recently launched electric motorcycles go, Savic’s do sit in the middle-of-the-field price-wise. While cheaper than higher-end models like Energica's EGO+/RS bike - which sell for about $55,329 - Savic is significantly more expensive than budget-friendly options like Sandors’ Metacycle (~$6,500)

This has attracted many interested buyers according to Savic - a customer-base that is certainly diverse.

“We’ve got our first female customers recently which is awesome. Some of our customers are lifelong Harley riders, and some are CTOs and tech enthusiasts,” Dennis said.

“It really does vary - some live in the city, some are from regional areas.”

Though the idea of a motorcycle experience that has less impact on the planet may thrill some, Dennis is fully aware that traditional rev heads may scoff at the idea of a quieter, greener bike. Does that faze him? Not at all.

“There’s always going to be people that will never buy an electric motorbike - and that’s totally fine,” the entrepreneur said.

“We're going to spend all our time and energy building the best possible product we can - and I don’t think using our resources to convert diehards is the best use of our time. We have very limited resources as a startup.

“It’s a very different riding experience - you really have to ride it to know and feel the difference and fall in love with it.”

Though what’s under the hood might be everything certain customers want to know, Dennis approached the development of the C-Series with design at the forefront.

The bike is a café racer-style vehicle, which gives it a vintage feel. It’s also highly customisable in terms of finishes and colours, thanks to a ‘Build Your Own’ feature on the company’s website which allows prospective buyers to alter the body and badge colour, the trim of the seat and the style of the suspension.

It was conceived in collaboration between Dennis and Savic’s lead designer Dave Hendroff, who took a “design-oriented” approach to formulating the C-Series which won two Australian Good Design Awards in 2021.

“We looked at why people buy motorbikes in general, and it’s normally a design and aesthetic-driven decision,” Dennis said.

“Some of the themes we both like are timelessness and classic design - that’s why we went with a café racer-style bike, because we thought blending classic design with advanced technology was super cool.”

Though manufacture and assembly of the first batch of the bikes are ongoing, the founder is in full throttle mode when it comes to riding into the future.

Dennis said the company was working on decreasing the charge time for future iterations of the C-Series, and would be ramping up manufacturing on the back end of the first quarter next year.

As such, the group hopes to be able to manufacture between 30 and 50 bikes per quarter next year, with the aim to eventually produce 500 to 1,000 electric motorbikes per year.

By 2025, the company aims to have expanded its portfolio from high-performance motorcycles to include a series of lightweight urban e-mobility vehicles.

“We’re also currently building our showroom in Melbourne and we plan to have that open to the public by the end of the year,” Dennis said.

“Our goal is to disrupt the world’s two-wheeled EV industry as a revolutionary brand and share our passion for carbon-free travel without ever compromising on performance.

“Australia is at a tipping point and anyone with their finger on the pulse will see a bright future for EVs in this country and across the region.”