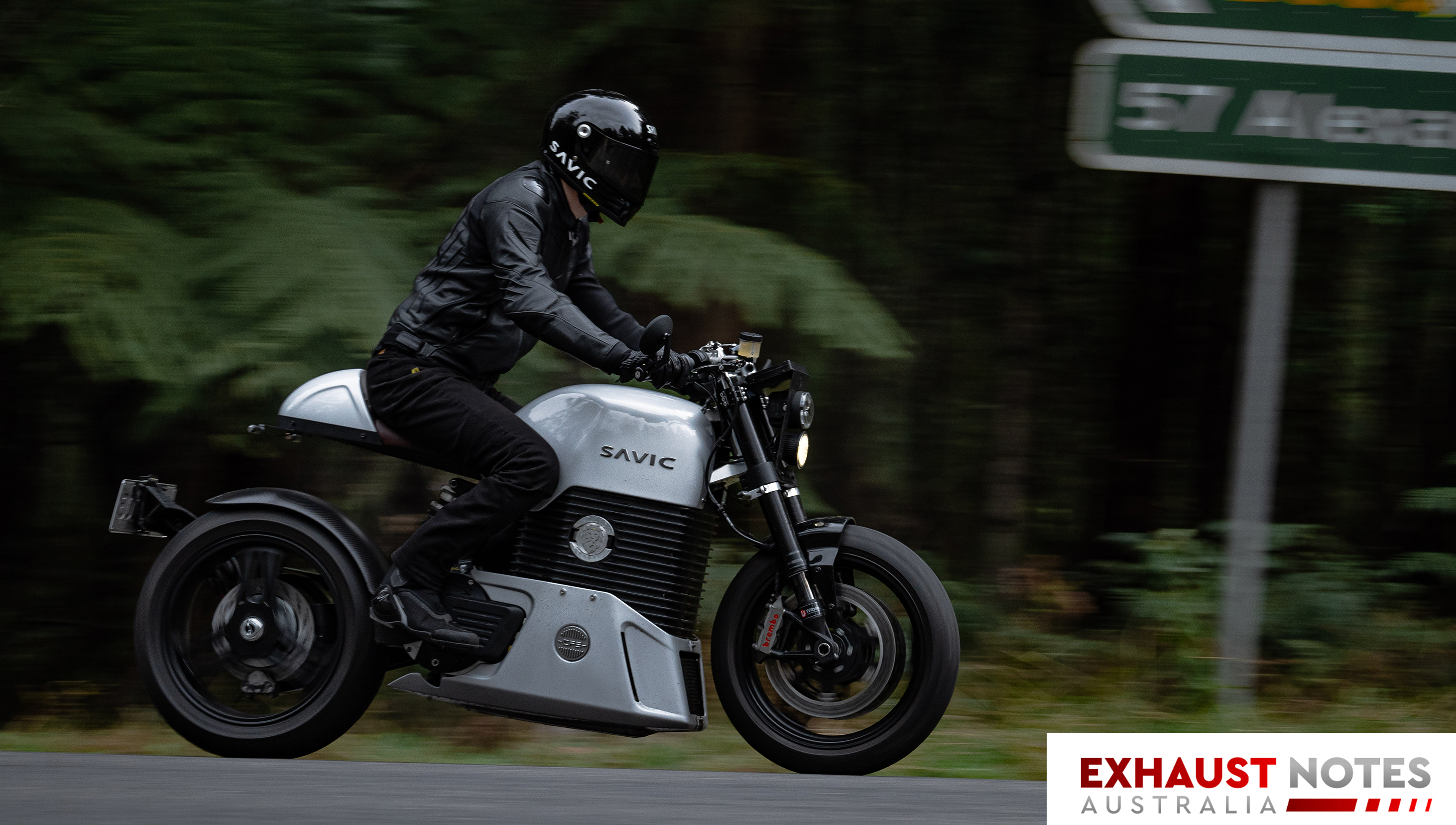 Savic Motorcycles have continued journey towards commercial production, achieving two major milestones, with the successful completion of their customised ABS platform, and the first all weather tests on urban and semi-rural roads.

Developed in partnership with Bosch Australia, the anti-lock braking system (ABS) was fitted to a 2022 C-Series prototype, along with an extensive range of sensors, and computing hardware and outriggers to safely test the braking system.

The ABS tuning phase was carried out over several months, involving countless braking manoeuvres over a wide range of surfaces and speeds.

Through an iterative process of testing, the ABS calibration is honed to provide the optimal balance of robustness, stability, performance, and comfort, ensuring a faultless and dependable ABS platform.

“Partnering with Bosch enabled us to develop an innovative program using their existing ABS9.1MP system and a current C-Series prototype to produce specific software tailored to our requirements.”

Chassis controls engineering manager at Bosch Australia, Joseph Cavallaro, said his team enjoyed the challenge of integrating their ABS system with the EV tech on the Savic C-Series prototype.

“We were also eager to help support homegrown Australian product development and manufacturing – and we look forward to further supporting Savic as they continue developing into the future.”

At the same time, the C-Series has passed its first comprehensive road test program with flying colours, providing an effortless commute in Melbourne’s traffic, and a confidence-boosting blast in challenging conditions on winding roads in the Dandenong Ranges.

Savic Motorcycles assembly technician Adam Wilson, who took the C-Series on its first spin back in October 2021, described the new 2022 prototype’s performance in its latest and most wide-ranging series of test rides as “flawless”.

“Melbourne laid on typically diverse weather for our first series of comprehensive road tests, which included dry-weather commutes in heavy traffic to wet-weather rides with some fog and sleet on the looping roads of the Black Spur,” he said.

“Within a few kilometres, we had high-speed dry straights and tight turns in a downpour, and the bike didn’t even notice. We got to do everything, some durability, some wet-weather riding, and the bike was flawless and didn’t put up a single complaint.”

Wilson was also impressed by the fact there was charge left over at the end of a very full day of testing, describing the C-Series as “a continuing revelation”, even after dozens of rides.

“When it comes to stop-start riding on busy roads, the bike does the job really well,” he said. “It’s so easy to put it where you want it and just twist, and off you go. I’m still inspired by how effortless it is to just jump on and go.”

Completion of the ABS program and the latest road tests have enabled Savic Motorcycles to progress component acquisition and tooling in readiness for imminent production, together with a busy schedule of ADR tests and vehicle certification over the coming months.