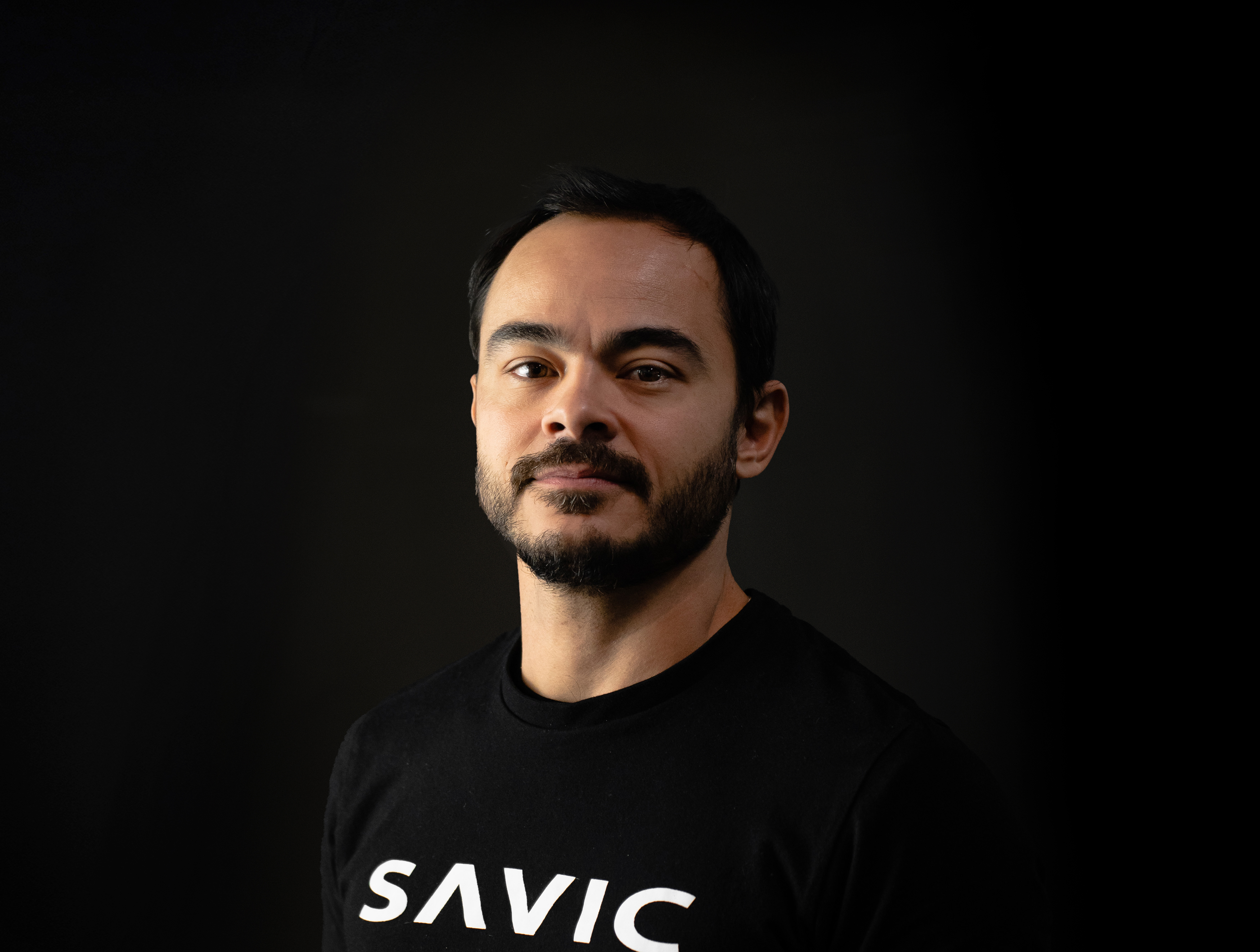 In more than 25 years of designing, modelling and testing prototypes of some of the world’s bestselling vehicles, Rafael Donadio has always maintained a “secret hankering” to design a successful motorcycle. During his Masters of Engineering degree in Brazil, he studied motorcycle design and, after arriving in Melbourne to join Ford Australia in 2011, he became a published motorcycle researcher – with his own simulation code for angular motorcycle dynamics.

But it wasn’t until 2019 that ‘Raf’ received his first shot at professional motorcycle design, when Dennis invited him to join the Savic team as our in-house vehicle dynamics expert.

Today, Raf is an indispensable member of the team, involved in everything from modelling the C-Series’ dynamics to fine-tuning the frame, suspension, forks and other components that influence its handling on the road.

“Because every element of our bike is so unique – its design, its weight, its performance – we can’t use regular off-the-shelf components for any part of the chassis,” explains Raf. “We have to carefully model, road-test and refine every part and work very closely with each supplier to make sure each part is perfectly adapted to deliver the very best handling for our bike.”

Over the past three years, Raf’s developed a rigorous series of processes and simulations to test the performance and dynamics of every part of the C-Series chassis, as well as designing the individual chassis components using the latest optimisation tools.

“Because I come from an academic background, I love teaching and everything I do here is geared to sharing my knowledge with the team,” he says. “They’re a pretty young team here, and now that I’m in my 40s I’m one of the ‘elders’ – so I can help to ground their expectations, especially on testing and manufacturing.”

Raf credits his automotive successes at Ford, Peugeot and Citröen with a “deep discipline” that pervades every aspect of his life. That includes a lifelong passion for Brazilian Jiu-Jitsu, and his other great passion: his sons, Eric, nine, and four-year-old Oscar.

“Me and my boys do a lot of road trips, go cycling, play a lot of music together,” says Raf. “Everyone at Savic knows the boys, and they’re always welcome in the workshop.

“I remember when they first saw the C-Series prototype in the flesh. They’d been looking at pictures of it on the computer for so long, when they saw it for the first time, they were like ‘wow, that’s your bike dad!’ That was a really proud moment for me.

“This is more than a job for me – it’s a really strong connection to what I love most in the world.”